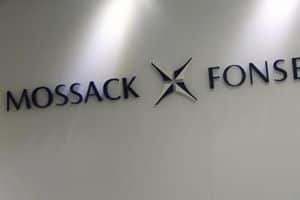 Every start-up hopes for a lucky break. Swedish company Neo Technology only found out it was getting one the day the Panama Papers made headlines around the world.

Journalists with access to the vast trove of data used the firm’s open-source database to make sense of 11.5 million documents, including emails, images and spreadsheets, leaked from Panamanian law firm Mossack Fonseca.

Neo Technology’s “graph database” literally connected the dots for them, helping find names of the rich and powerful and linking them to offshore accounts.

“I was blown away,” co-founder and CEO Emil Eifrem said of the moment he discovered, just hours before publication, that the International Consortium of Investigative Journalists (ICIJ) had been using his product for the Panama Papers.

“It’s such a sweet spot for our technology, that we have a very stark example,” the 37-year-old Swede, who released his first free software project at just 16, told Reuters.

“It’s been for a long time sexy for geeks. But now all of a sudden we can talk about it even to other people.”

An ICIJ team had worked in secret for an entire year on the documents covering a period of almost four decades, revelations from which have shone a light on the financial schemes of the world’s elites and caused public outrage.

While most databases use tabular searches which can find all the documents in which a name is mentioned, graph databases — imagine a spider web of lines — help reveal all the connections between those names and documents.

“You may have a prime minister connected to an address, and at that address someone else is living there who is connected to an account which is suspicious in some way,” said Eifrem, speaking from Silicon Valley amid morning rush hour traffic.

“That’s 1,2,3,4 hops which is impossible to do with any other technology.”

The ICIJ’s data and research unit editor Mar Cabra said in a statement that Neo Technology’s database had been key to its investigation of the Panama Papers.

The 2.6 terabyte data drop was so big that science news website Live Science has said it would take more than 41 years of nonstop operation to print out on an office laser printer.

Technology was essential to find news leads in the mountain of data. Nuix Pty Ltd, a little-known Australian developer, provided software that made millions of the scanned documents text-searchable.

Founded in 2007 in the southern Swedish city of Malmo, Neo Technology is now headquartered in San Mateo, California and employs about 120 people. It currently has around 200 paying clients, ranging from Walmart and eBay to banking groups like UBS.

Its technology is especially popular with online retailers who use it to give customers personal recommendations based on their own purchases and those of others. In banking, it is used for identity and access management and fraud prevention.

Eifrem lets investigative journalists use the free version of his software. “I’m not in the business to make money out of eight journalists who are trying to save the world — that’s not my business model,” he said, laughing.

While the firm is not yet profitable, it is generating revenues from its enterprise edition, which has higher security and offers massive scalability and availability.

Eifrem said he believes the company can achieve profitability in 2017 and will probably not need more money to get there. It raised $20 million last year from the likes of Nordic venture capital firm Creandum, Fidelity Growth Partners Europe and Sunstone Capital.

Eifrem’s dream is to take the company public on the Nasdaq or the NYSE, possibly in two or three years’ time, although he is aware it could be an acquisition target for software giants like Oracle or Microsoft which are moving into graph databases.

“We are not for sale,” he said. “We may very well get acquired one day, but that’s not a dream.”

Eifrem, whose wife is a journalist, is a big fan of the movie The Matrix, whose main character is Neo, a computer hacker who tries to free humanity from a virtual reality.

He speaks passionately about the future of investigative journalism lying largely in data-mining.

“I look forward to seeing it unfold,” Eifrem said.

Decision on online gaming, casinos in next GST meet